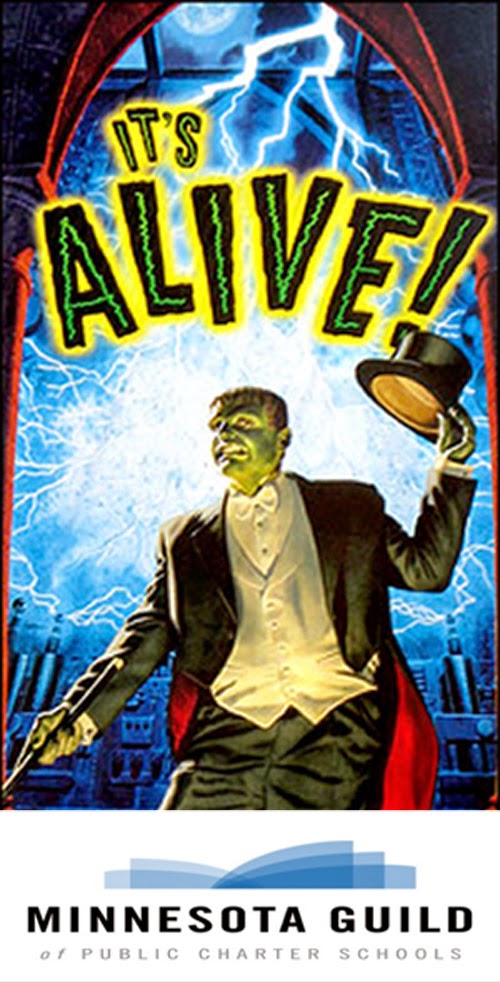 Union Leaders Have Joined the Privatizers
Two years ago I wrote about the Minnesota Guild of Public Charter Schools, an organization created four years ago to sponsor charter schools.  The Guild was created by Lynn Nordgren, the current president of the Minneapolis Federation of Teachers (MFT), and Louis Sundin, a former president of MFT and its current lobbyist.  The funding for this enterprise came from the American Federation of Teachers' (AFT) Innovation Fund, which itself received money from the Gates Foundation.  All of this was done without a discussion or vote by the rank-and-file members of MFT.

As in the rest of the country, charters are proliferating in the urban centers of Minneapolis and St. Paul.  While two charters in Minnesota recently voted to unionize, charters as a whole are anti-union.  The majority of charters operate on a model that recruits young, inexperienced, under-trained teachers mostly provided by Teach for America (TFA).  Charter schools are also a key tool in the push to privatize our public schools by neo-liberals such as Jeb Bush, Chris Christie, Arne Duncan, Bill Gates, and yes, Obama.

Studies have shown repeatedly that charter schools are no better than true public schools and most of them are worse.  This according to the same testing data that the privatizers love to use to justify closing public schools and opening more charters.  Furthermore charter schools have contributed to dramatically increased levels of racial and economic segregation.  Charters along with other education "reforms" have effectively erased the original gains of the desegregation efforts following the Brown v. Board decision.

Over four years now the Guild has quietly grown outside the view of rank-and-file members.  Dylan Thomas, writing for the Minneapolis Journal, reports that the Guild has a goal of being the "third or fourth largest charter school authorizer in the state," according to its director, Brad Blue.  In addition to the five schools opening by next fall, Blue also hopes to have five current charters switch to Guild sponsorship.

Of the five new charter schools the Minnesota Guild has been approved to open next fall, four of them are in Minneapolis and in direct competition with Minneapolis Public Schools.  This includes a school called Mill City, which plans to open with 200 high school students.  This means 200 students that won't be attending MPS schools, and 5 or 6 fewer unionized teachers in MPS.

The current president and lobbyist (also a former president) of MFT not only created the Guild, but continue to serve on its board of directors.  Every charter school they sponsor pulls more students from Minneapolis Public Schools (or other public schools) which eliminates unionized teaching positions.  How can the president of the teachers union defend the rights of the union members who elected her, and at the same time create schools that threaten those same members' job security?

Brad Blue and the Guild operate out of an office in the MFT-owned building and pay no rent.  MFT's brothers and sisters working as janitors and engineers in Minneapolis Public Schools have their SEIU local office in the same MFT building, and they pay rent.  Those of us who are MFT members had no say in the creation of the Guild even though we actually are the union, and now we continue to subsidize our own demise.

Under section 501 of the Labor-Management Reporting and Disclosure Act, union officers are required:

Look again at the first point.  MFT's officers must "hold [the union's] money and property solely for the benefit of the organization and its members."  How is spending money to support the expansion of non-union, non-public schools benefiting MFT union members?

So why are union leaders in the business of sponsoring charter schools?  How is this not a violation of their fiduciary responsibility?  More importantly, why are union members allowing this?  How much longer will the rank-and-file members of MFT allow the Guild to operate in the name of their union and destroy union jobs?  How much longer will they allow the Guild to contribute to the privatization and destruction of our system of public schools?


Posted by Rob Panning-Miller
Email ThisBlogThis!Share to TwitterShare to FacebookShare to Pinterest

So why are union leaders in the business of sponsoring charter schools? How is this not a violation of their fiduciary responsibility?

Just so that you know, this claim is very factually untrue.

"The majority of charters operate on a model that recruits young, inexperienced, under-trained teachers mostly provided by Teach for America (TFA)"

In Minnesota there are 157 charter schools with a total of about 2,400 teachers. There are less than 80 Teach For America corps members placed in the region, many of which do not teach in charters. That represents less than 3% of the teachers working in charter schools.

Even when you look at the data nationally, your claim looks just as ridiculous. Why don't you try putting some facts in your pieces rather then your personal opinion.