"Scrap the MAP" and TFA! 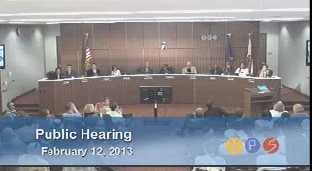 Last Tuesday, February 12th, the Public Education Justice Alliance of Minnesota (PEJAM) continued its campaign to end high-stakes standardized testing.  For the second Minneapolis School Board meeting in a row, PEJAM teachers and parents went to call on them to "scrap the MAP" (Measure of Academic Progress test).  Our efforts were strengthened by the District's decision to start their meeting with a "Public Hearing on Negotiations."  This hearing was billed as an opportunity for the public "to share their perspectives on what they would like to see be a part of the school district's union employment contracts."

This was clearly an opportunity for the local corporate reformers to come and bash teachers and attack seniority.  As a result, Minneapolis teachers, parents, and union members came in overwhelming numbers to not only defend our contract, but to identify the actual problems our schools face.


Aside from Pam Costain, a form Minneapolis School Board member, and Minneapolis Mayor R.T. Rybak (who is out of office in less than a year and seems to be looking for work with one of the corporate education reform groups), the vast majority of speakers called for less top-down mandates and less testing.  The one contract people seemed most interested in was the District's contract with Teach for America (TFA).  As outline in earlier posts(see HERE and HERE), TFA has not just found its way into the classrooms, but have a strong presence in District leadership, including our newest school board member, Josh Reimnitz.
Teachers and parents are trying to raise awareness as to what TFA is really doing in Minneapolis (see above links on TFA) and how it is hurting our students.  TFA needs be kicked out of Minneapolis and they can take the standardized tests with them.

Click here to view the Public Hearing.  The first half-hour was an "open" public comment section, the next hour is the official "Public Hearing on Negotiations."  Parents and Teachers discuss their concerns in both sections.

Posted by: Rob Panning-Miller
0 comments
Email ThisBlogThis!Share to TwitterShare to FacebookShare to Pinterest
Links to this post

Out of our way kids!